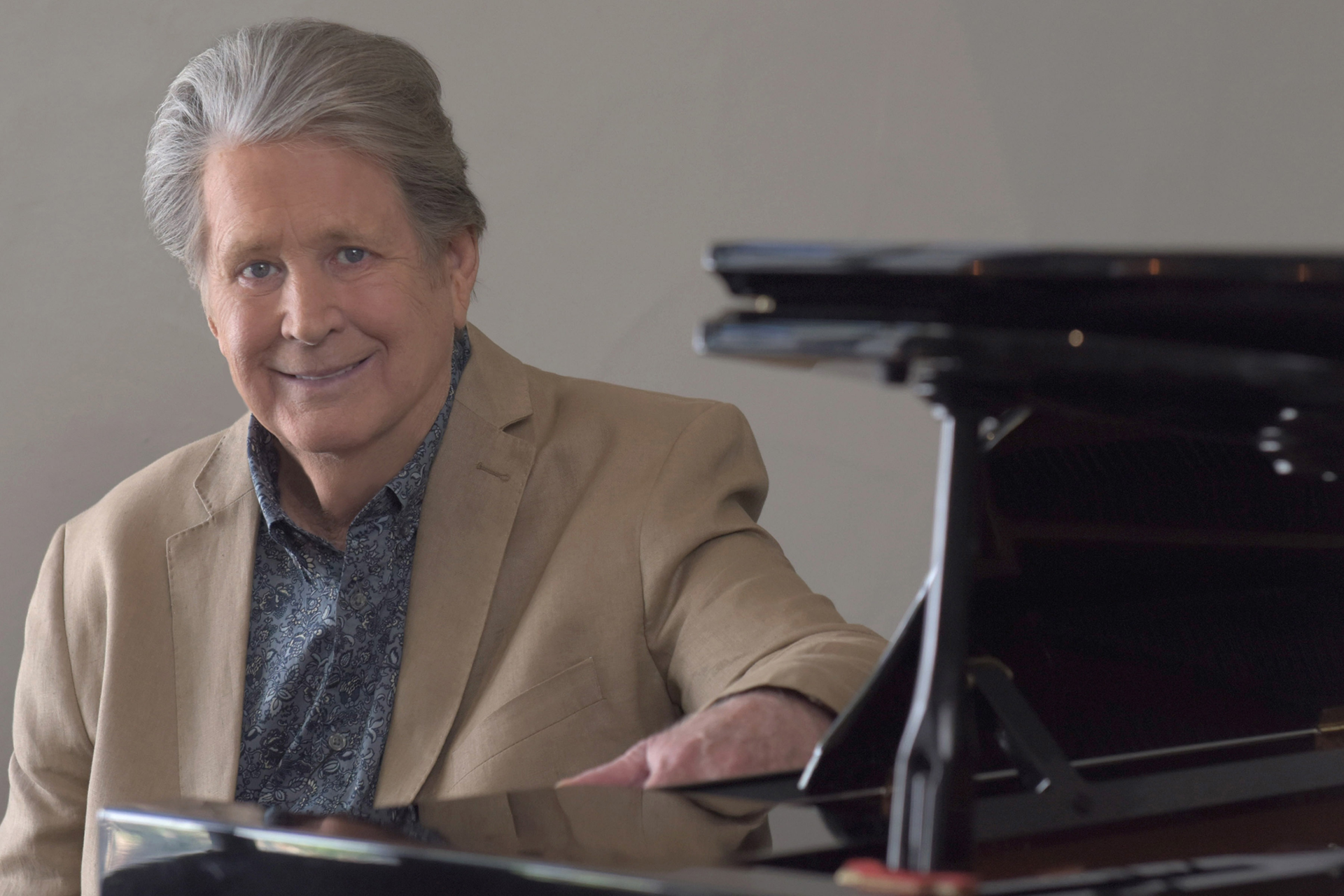 Pet Sounds, the Beach Boys’ 1966 headlong trip into the mind of a young man coming to terms with failed romance, reaches a dramatic conclusion in the song “Caroline, No.” It’s a sweet and heartbroken lament that fades into the growing rumble of a freight train barreling along the tracks. It’s a surreal climax to a classic American underdog record that’s bursting with stunning melodies and lyrical themes of intense elation and crushing disappointment. “Wouldn’t It Be Nice,” “Sloop John B,” “I Just Wasn't Made for These Times,” and “God Only Knows” are among the Beach Boys' most symphonic and deeply layered songs; each one illustrates singer and pianist Brian Wilson’s evolution as a songwriter, and a clear break from the Beach Boys' image steeped in songs about muscle cars, girls in bikinis, and sun and fun in the sand.

As the train rolls by in “Caroline, No,” two dogs bark defiantly, as though their warnings keep the approaching steel monolith at bay. “Those were my dogs Banana and Louie,” Wilson says over the phone, taking a break between shows. “Those were my dogs, but the train is from a sound effects record.”

Wilson has spent the summer on the road celebrating Pet Sounds' 50th anniversary, playing the album in its entirety, along with a handful of the Beach Boys' other classics. In 2016, Pet Sounds occupies a peculiar space in the annals of pop music. Most of the instrumental parts were recorded by studio musicians, whom Wilson corralled, while the rest of the Beach Boys — Bruce Johnston, Al Jardine, Wilson’s brothers Carl and Dennis, and cousin Mike Love — kept the band on the road.

As a result, Pet Sounds is regarded by some as more of a Brian Wilson album than a proper Beach Boys record. Still, the layered arrangements and thick atmosphere culminate as one of the most conceptually whole albums the group created.

Mike Love, Bruce Johnston, and a revolving cast of players have long toured under the Beach Boys moniker. This summer, they’re on the road celebrating the 50th anniversary of releasing the group’s classic song “Good Vibrations.”

For Wilson’s band’s performances, he sits with a 10-piece ensemble that plays under the direction of bandleader and saxophonist Paul Von Mertens. “The group all follows his direction very well,” Wilson says.

In conversation, Wilson speaks in short bursts of five-six words at a time, and, often times, he answers questions by simply rewording the questions as statements. When asked about the significance of “Love and Mercy,” from his self-titled 1988 solo debut, and the title for his 2014 biopic chronicling his battles with schizophrenia, he says: “It was 1988, and I wanted to write a song about love and mercy, and about how people need love in their life. And mercy. So I wrote a song called ‘Love and Mercy.’”

At 74 years old, Wilson sits at the front of the stage singing and playing the piano. His voice no longer possesses the robust strengths that guided the high harmonies heard throughout the Beach Boys’ ’60s and ’70s studio recordings. “I have someone who sings them for me now,” he says with a laugh.

That someone is Matt Jardine, son of Beach Boys guitarist Al Jardine who also joins the band on stage.

Singer and guitarist Blondie Chaplin also joins the group for several songs. His performances culminate with a run through middle-period Beach Boys songs “Wild Honey” and the group’s 1973 sleeper hit “Sail On, Sailor” before delving into Pet Sounds.

“Every night we play, we try to duplicate the songs, just like they are on the record,” Wilson says.

And while Pet Sounds is widely considered Wilson’s crowning achievement as a songwriter, he disagrees without missing a beat. “I think of ‘Good Vibrations’ and ‘California Girls’ as my best,” he says.

Arguing with his genius is as futile as his dogs Banana and Louie barking at train sounds. But make no mistake: Pet Sounds is the star of the show.