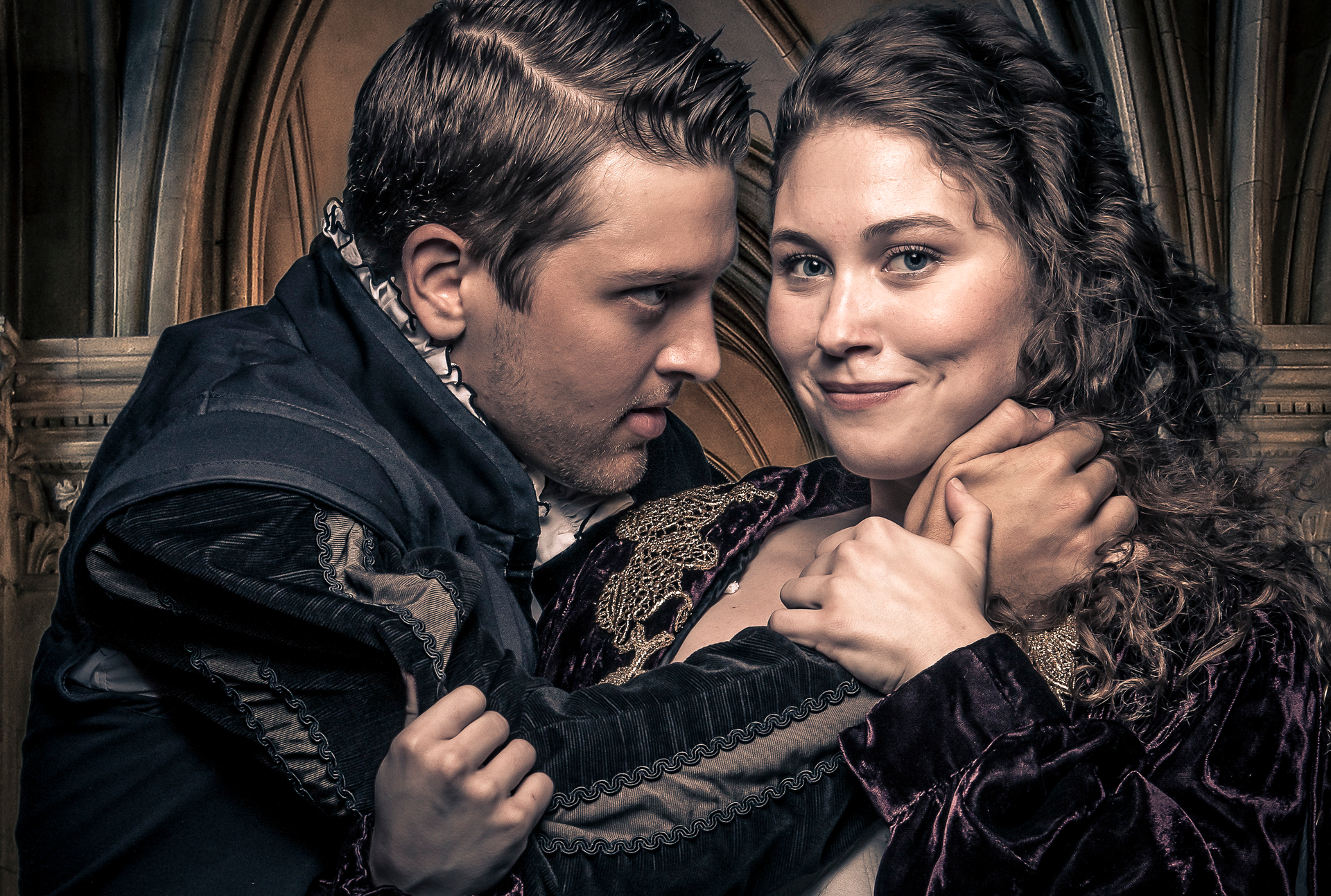 Spoiler alert: Anne Boleyn dies at the end. Synchronicity’s spin on upcoming production of Anne Boleyn might be a revisionist history, but it’s clear early on the show doesn’t have any intention of rewriting history to save the queen. In the first scene, Boleyn’s ghost addresses the audience carrying a bag holding her severed head, a nod to the fact events will unfold in much the same way they did in the 1500s. True to history, Boleyn worms her way into King Henry VIII’s heart and eventually his palace, securing her place as Queen before being sentenced to death a short three years after her coronation. The major change? The whole affair is told from Boleyn’s point of view.

In Howard Brenton’s play, the queen takes center stage. Though the account of Anne Boleyn’s time in Hampton Court has been told time and time again, it’s rarely ever seen from her perspective. In fact, this is only the second United States production of the show. Anne demands the audience listen to history the way she wants to tell it, recounting how she manipulated her romance with King Henry VIII to spur religious reformation. University of Georgia graduate Brooke Owens takes on her first leading role as the feisty queen, playing opposite Brian Hatch as King Henry VIII. By periodically fast-forwarding to a future Hampton Court, the play also highlights the impact the couple had on England. Make no mistake, this is the story of a woman whose political and religious aspirations changed history.

People have always loved Anne Boleyn’s ambition. Synchronicity’s artistic director Rachel May attributes our cultural fascination with the queen at least partially to the lack of stories about women and power.

“Boleyn achieved an incredibly high position, and she did it using love and sex,” May says over email. “So some demonize and castigate her, calling her a whore. And yet she was at the center of a powerful transformation in England, centered around the religious practices of the time.”

Synchronicity’s season opener celebrates the queen’s passion and drive. Which, given the current political cycle of intense emotions and Hillary Clinton’s historic presidential nomination, might just be a little bit too important right now.