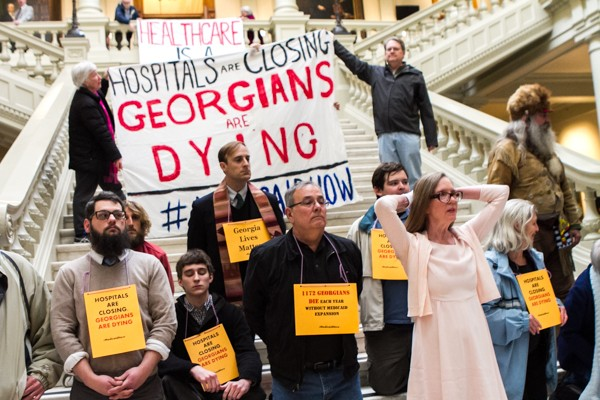 >> An Atlanta Journal-Constitution poll leading up to the General Assembly [http://www.myajc.com/news/stateregional-govtpolitics/ajc-poll-voters-don-favor-return-religious-liberty-gun-bills/pXLC2QfPxNZdGvjJkN3YGP/|finds] most voters aren't too thrilled about legislation dealing with guns on campuses or religious liberty. However, they are interested in Medicaid expansion, in-house cultivation for medical marijuana, and casino gambling.

>> Let's all remember the winter snowstorm that wasn't.

>> The push to connect the Atlanta Beltline and the Silver Comet, creating a bicycle path network stretching from Atlanta to Alabama, continues.

>> Prepare yourself, my friends, for the battle over the hospital bed tax.